The Kiln Theatre on London’s Kilburn High Road (previously known as Tricycle Theatre) has been a centre for diverse, experimental productions since the 1980s. A site-wide renovation enriches the audience experience with an upgraded performance space and new front of house facilities.

The Kiln theatre has a unique footprint which sees it nestled inconspicuously between smaller shop fronts but expanding out behind the street façade to adjoin the cinema at the rear.

The new theatre takes a courtyard form, developing the 235-seat Georgian styling of the old Tricycle, with the two-level auditorium surrounding a seating pit, maintaining the intimacy whilst increasing the capacity to 294 seats. The theatre volume has been expanded to inhabit the majority of Forester’s Hall, pulling the auditorium out to the external walls and dropping the stalls entrance level to the existing floor slab. This key move has meant that the new auditorium has become an accessible space for the modern era with level accessible access to stalls.

“I’ve seen refurbishments elsewhere that have crassly banished the venue’s ghosts… This splendid revamp is much too sensitive to be guilty of that.” 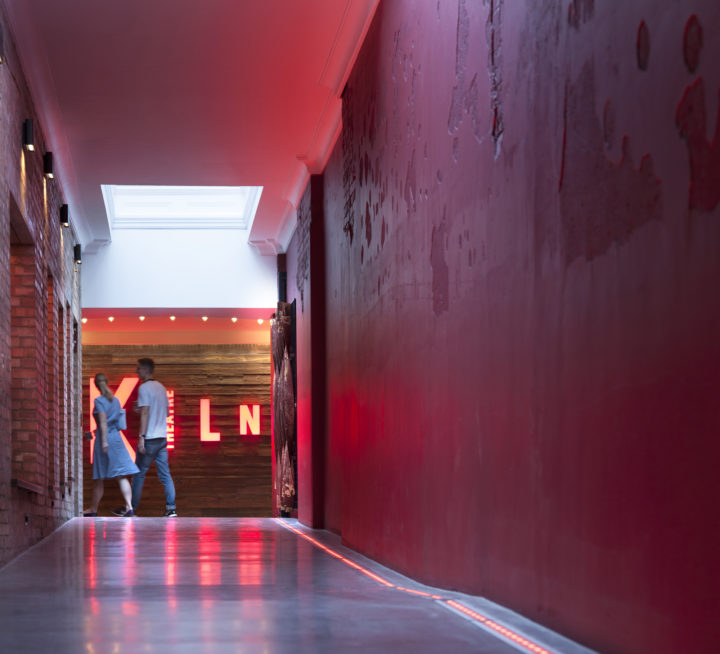 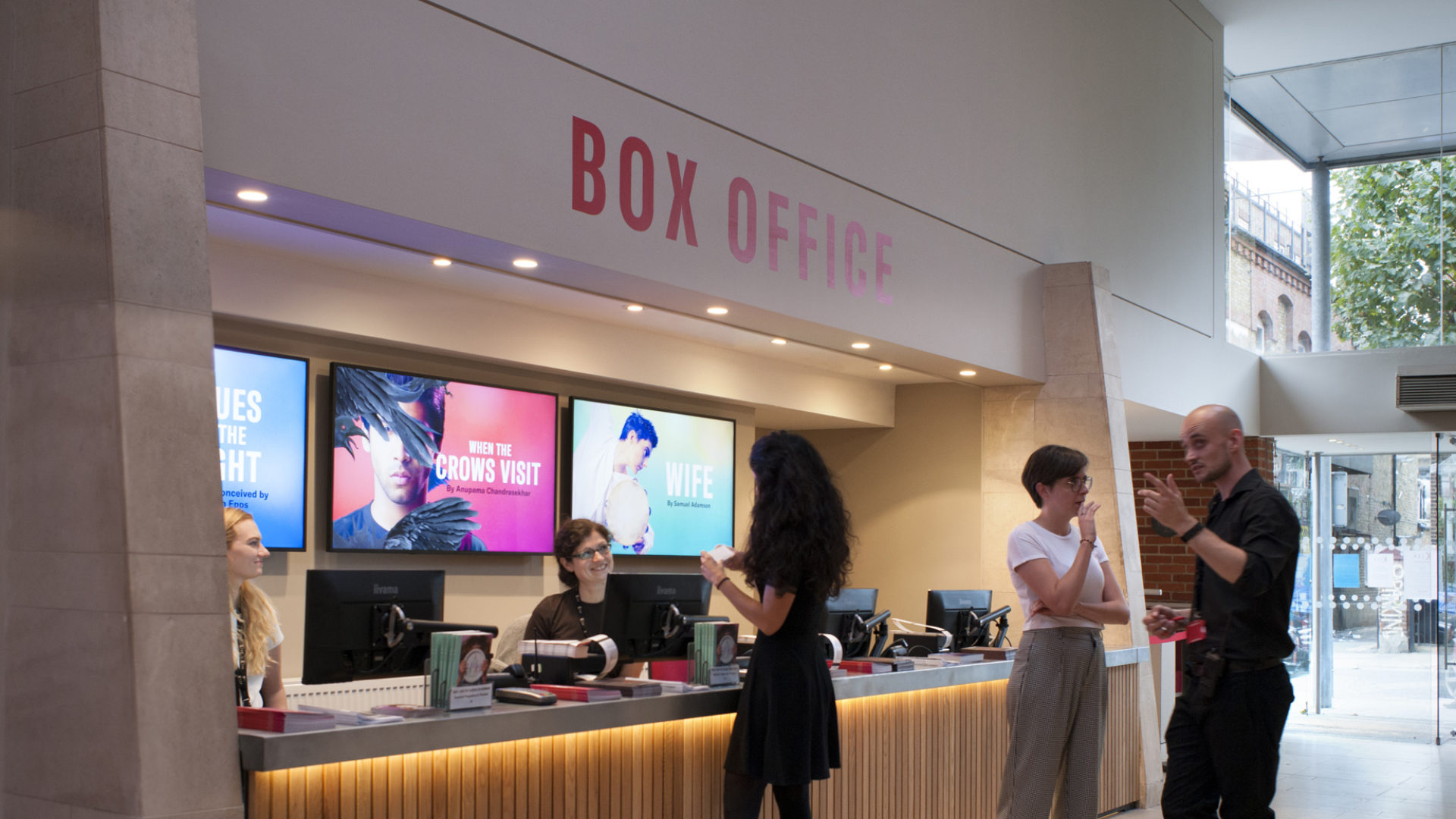 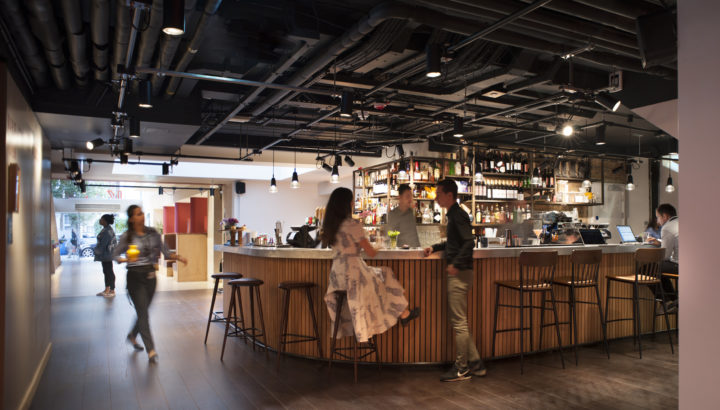 The new room allows adaptations to the space within the extent of the balcony. Its primary form is an end-on format that echoes the original Tricycle, but it can be adapted to do far more. In the same way as the original concept, the space is not designed to be reconfigured using gadgets and expensive machinery; rather it is a space which can be transformed by reconfiguring, adding or removing demountable structures to create the alternative formats. The room can transform from the standard end-on format to extended end-stage, cabaret, in-the round, traverse and promenade configurations and more; all with differing sized stages and seat counts and all supported by the new technical provisions.

A new permanent control room at the rear of the theatre leads onto a dedicated technical level from which equipment can be rigged and focused without the need for ladders or access equipment, providing a safe working environment for technical staff.

“The auditorium feels wider and roomier, glisteningly new and up-to-date, but with original features from the Foresters’ Hall visible all over. And, best of all, it’s only two buttocks to a seat...” 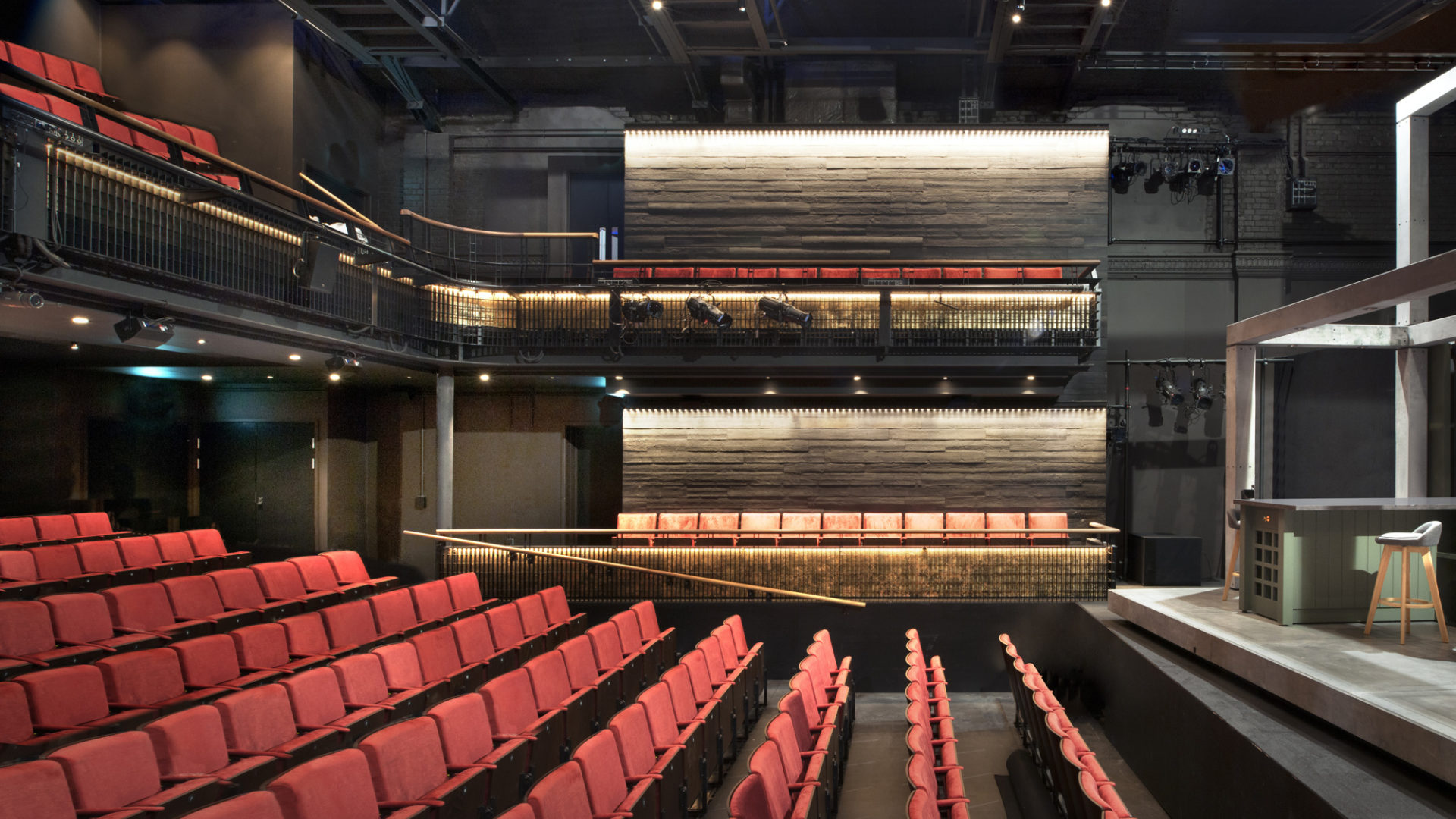 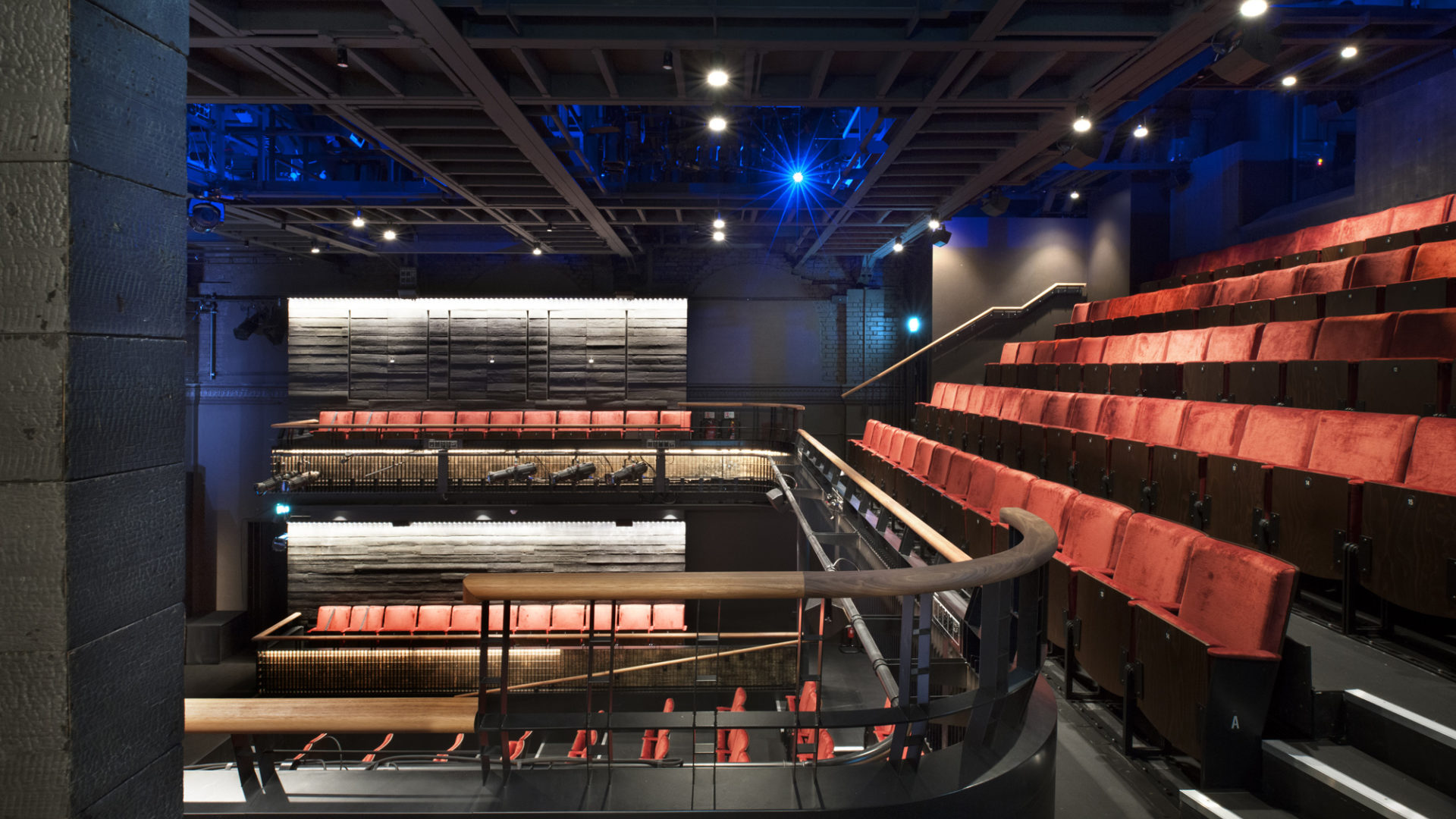 A section drawing of the Kiln auditorium. 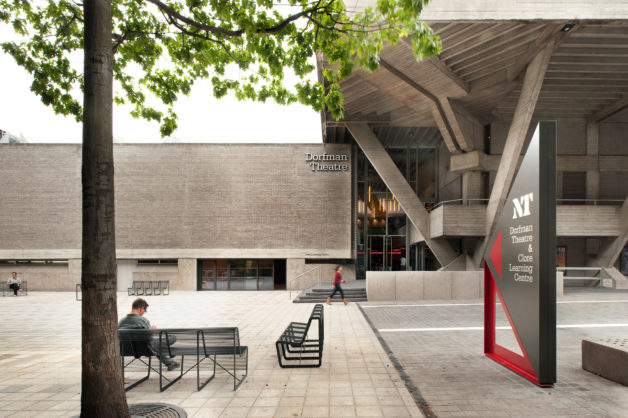 The Dorfman Theatre at the National Theatre 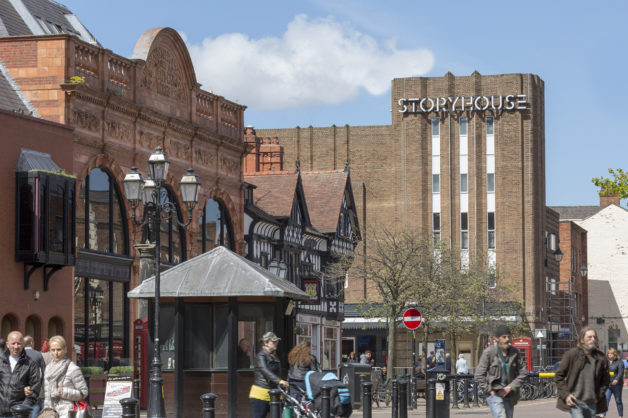 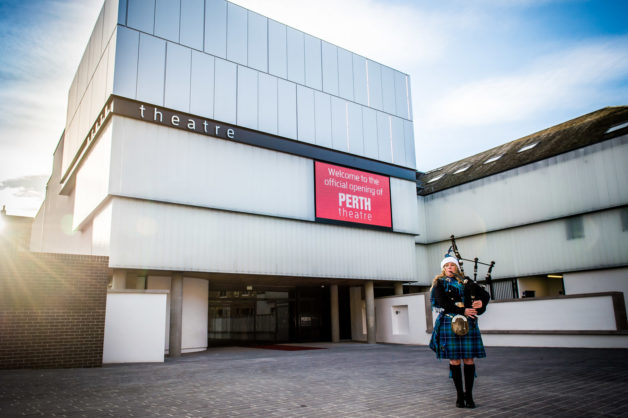 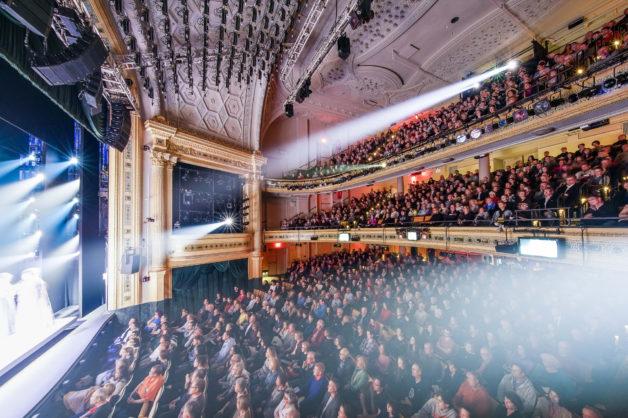 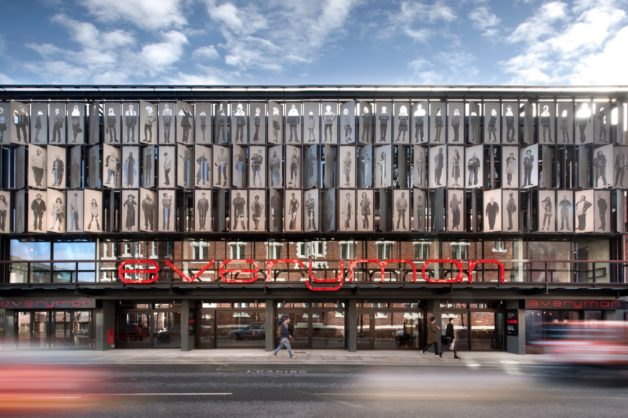 For more on the Kiln, speak to Mark.

For more on the Kiln, speak to Mark.