Paul consults on all aspects of theatre design, specialising in the design of stage engineering and other technical systems.

Paul has been working in technical theatre for more than 30 years, initially as a scenic carpenter and engineer before moving on to construction management, project draughting and structural design.

After graduating from RADA studying Scenic Construction, he worked with many theatre companies and scenery houses including Chester Gateway Theatre, Manchester Contact Theatre, Watford Palace Theatre, Royal Opera House and the Young Vic Theatre. He has also toured internationally with DV8 as technical stage manager on several productions and toured several No.1 productions around the UK.

He later returned to RADA as Head of Scenic Construction, had a successful period as Art Director and Production Designer in film and television and also taught furniture making at City and Islington College. Paul joins Charcoalblue from the National Theatre where he was Project Draughtsperson for five years draughting mainly for the Olivier Theatre.

Paul attends a design forum at our London studio during Company Day.

To visualise the workflow of the technical staff as they move through the production process and use this to achieve the best working practise possible.

A school trip, 15 years old at the Everyman Theatre in Liverpool. Noreen Kershaw goes down with appendicitis in the half. Willie Russell reads the play from a lectern. Thirty years later and I still love it.

For me, intimacy. To feel that you are sharing a performance and to be connected by it. 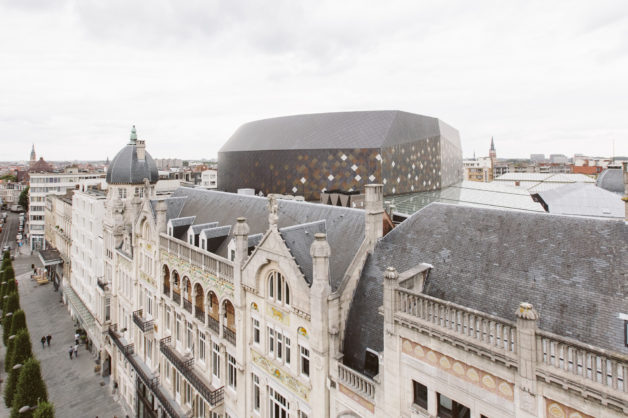 ...delivered in a way that fosters such integration with the neighbouring cultural institutions, both visually and spatially, makes it also a space worthy of its unique surroundings.