We wanted to build a different, more thoughtful kind of practice, bringing together people from different sectors. Our focus was on really listening to organisations, taking time to understand their vision and delivering innovative, fresh, uniquely tailored solutions, whatever the scale of the project. So in 2004, ex-chief electrician Andy Hayles and lighting & sound engineer Jon Stevens, joined with architect Gavin Green and production manager Jack Tilbury to become Charcoalblue.

“They’re creative, thoughtful and visionary, and are always looking for new ways of meeting challenges.” 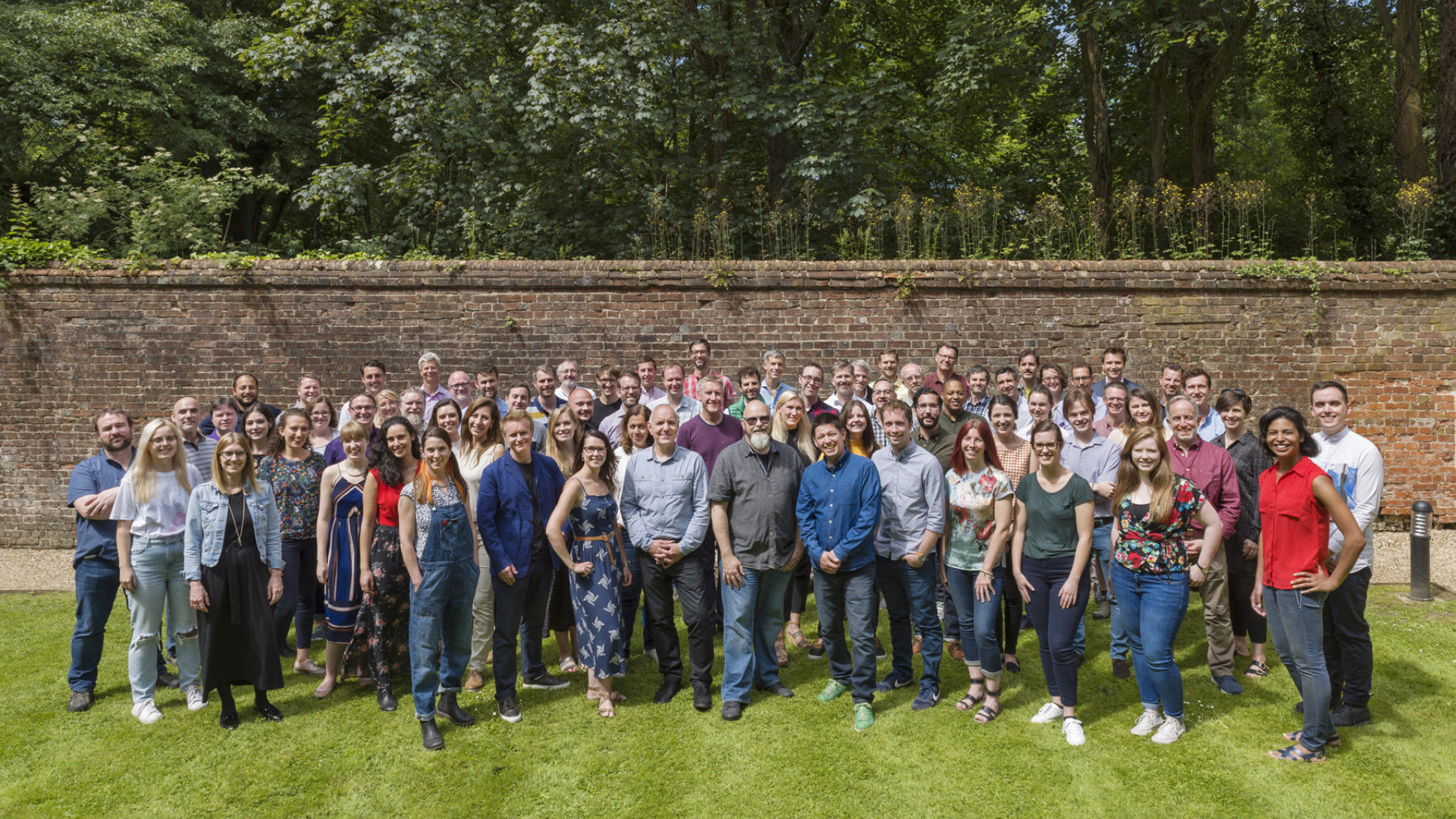 The team outside the Dorfman Theatre at the National Theatre, 2015. 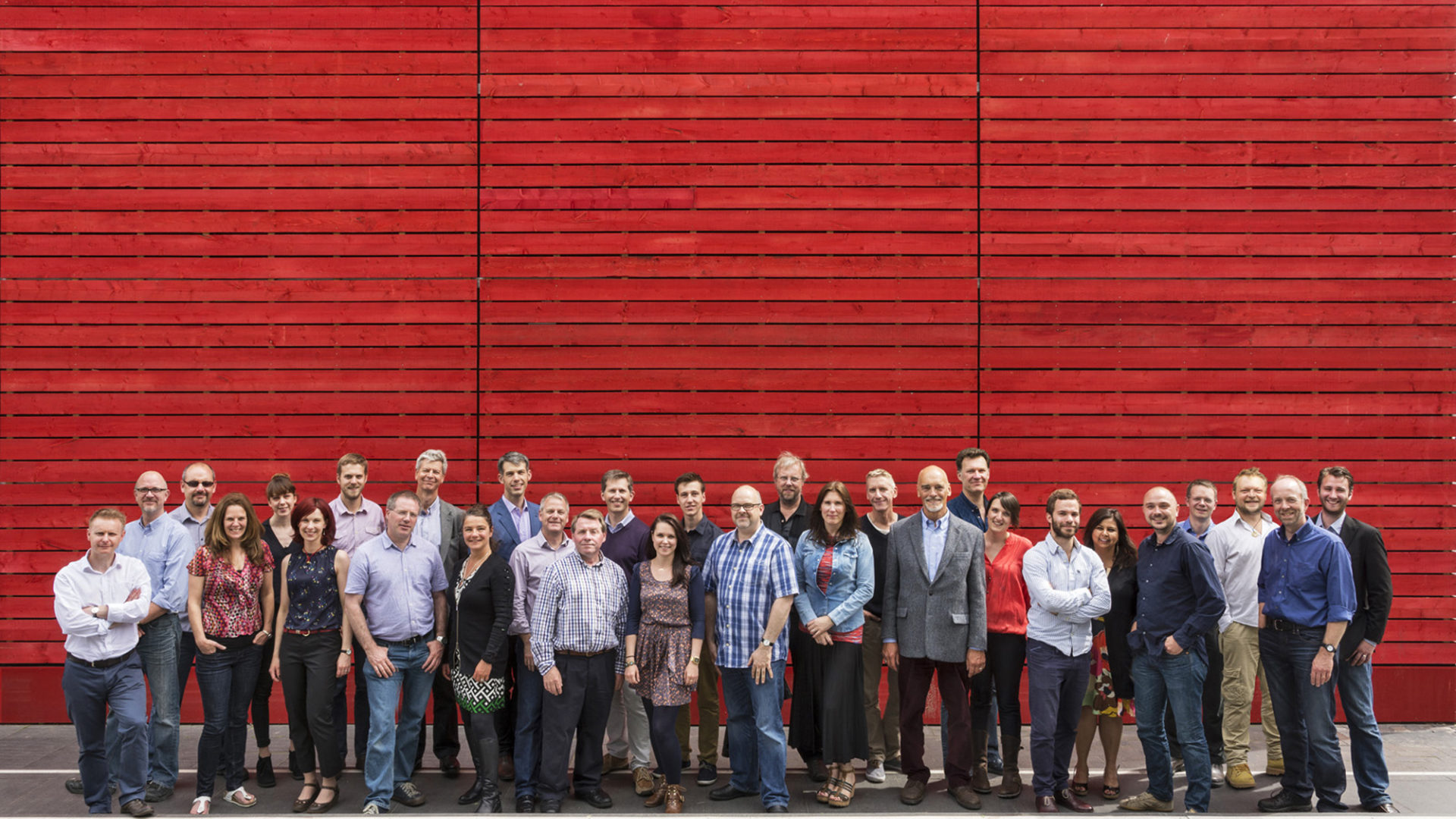 Our 2013 family photo was taken outside of the National Theatre's Temporary Theatre. 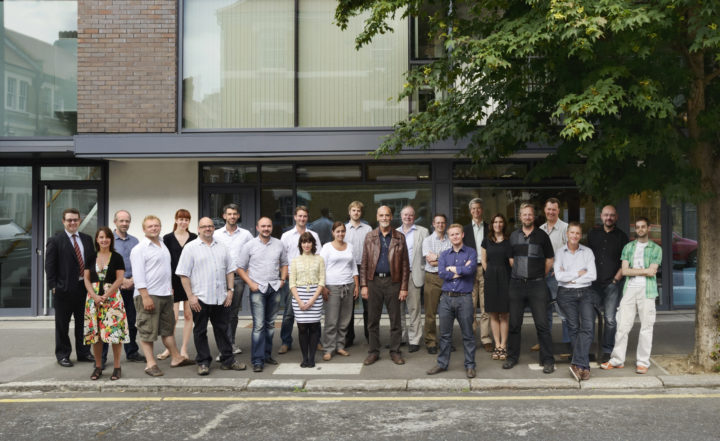 Our 2011 family photo outside our then studio on Short Street. 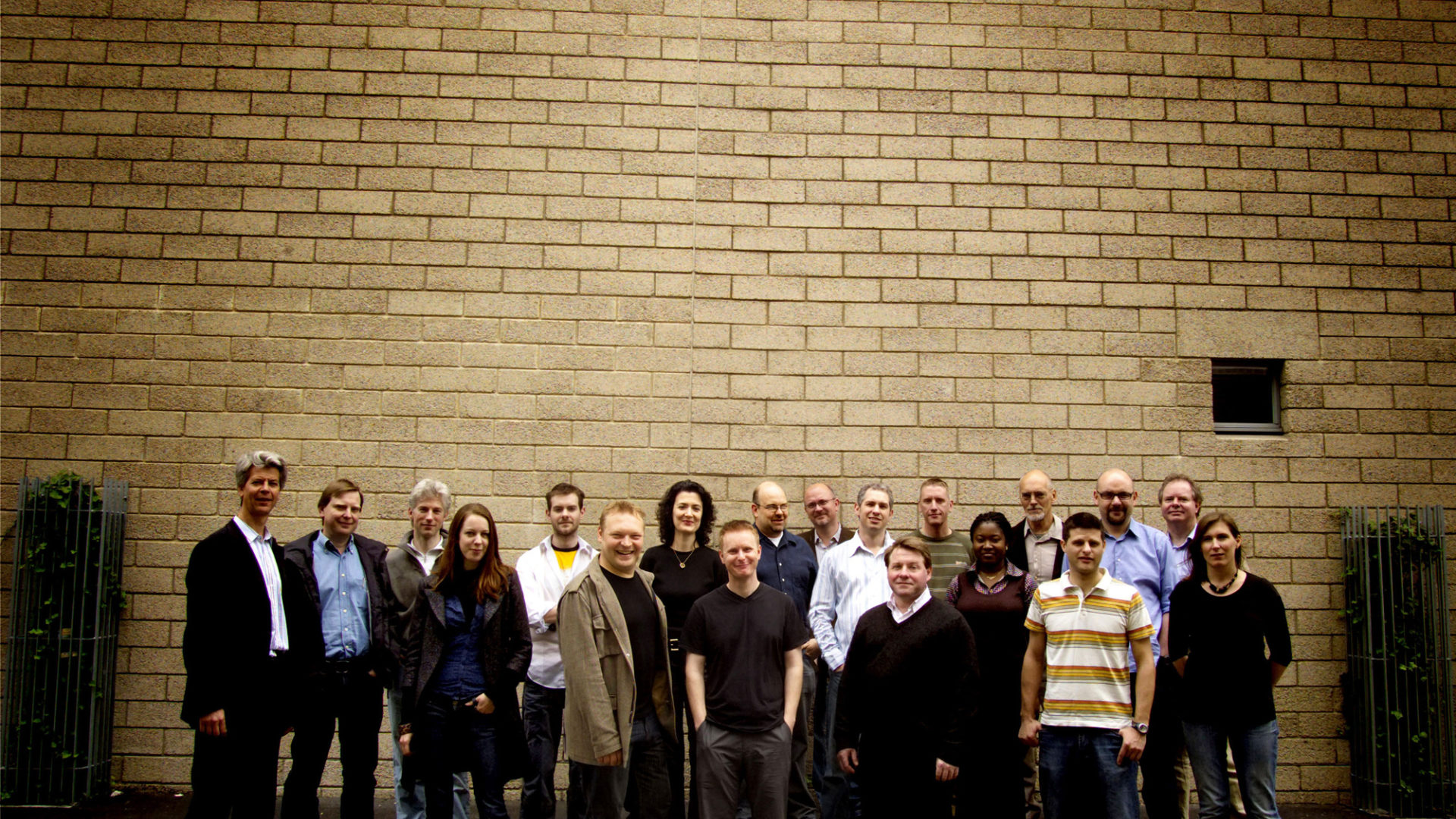 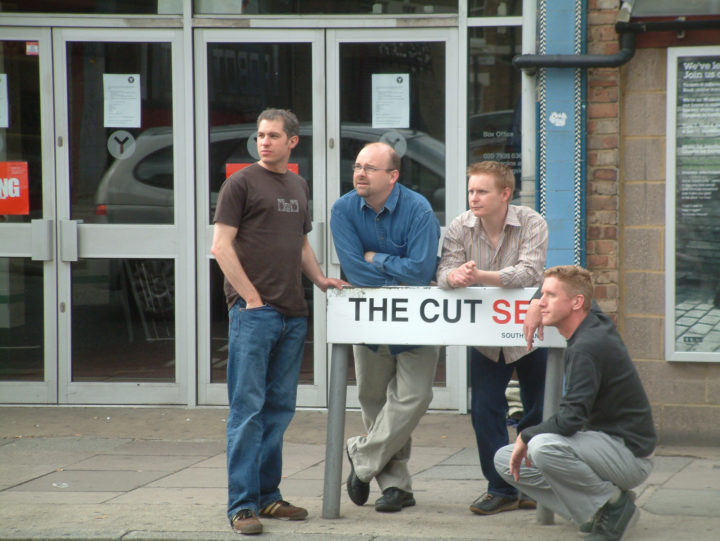 Our first family photo from 2004 outside of the Young Vic Theatre.

Early on, we were proud to gain a commission from the Royal Shakespeare Company to design a one thousand seat theatre, The Courtyard. Here, construction and design were key in keeping costs to a minimum, a lesson just as relevant today. Subsequent highlights followed - Liverpool Everyman, National Theatre, the Marlowe Theatre, Chichester Festival Theatre, Queen Elizabeth Hall in Antwerp, the Leys School and Wells Cathedral School.

“Charcoalblue is simply the company of choice when it comes to theatre consultants.” 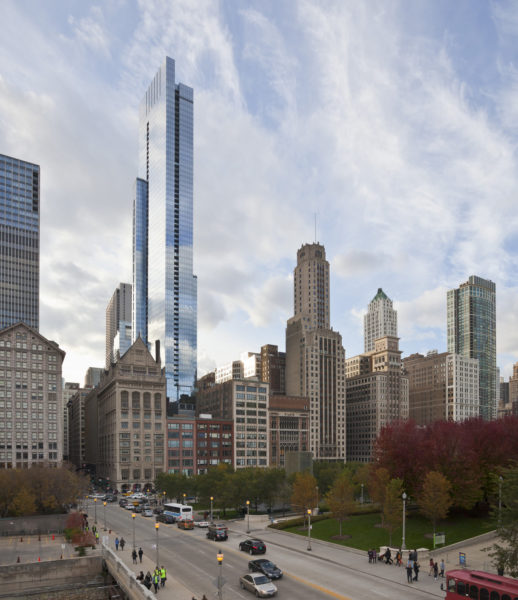 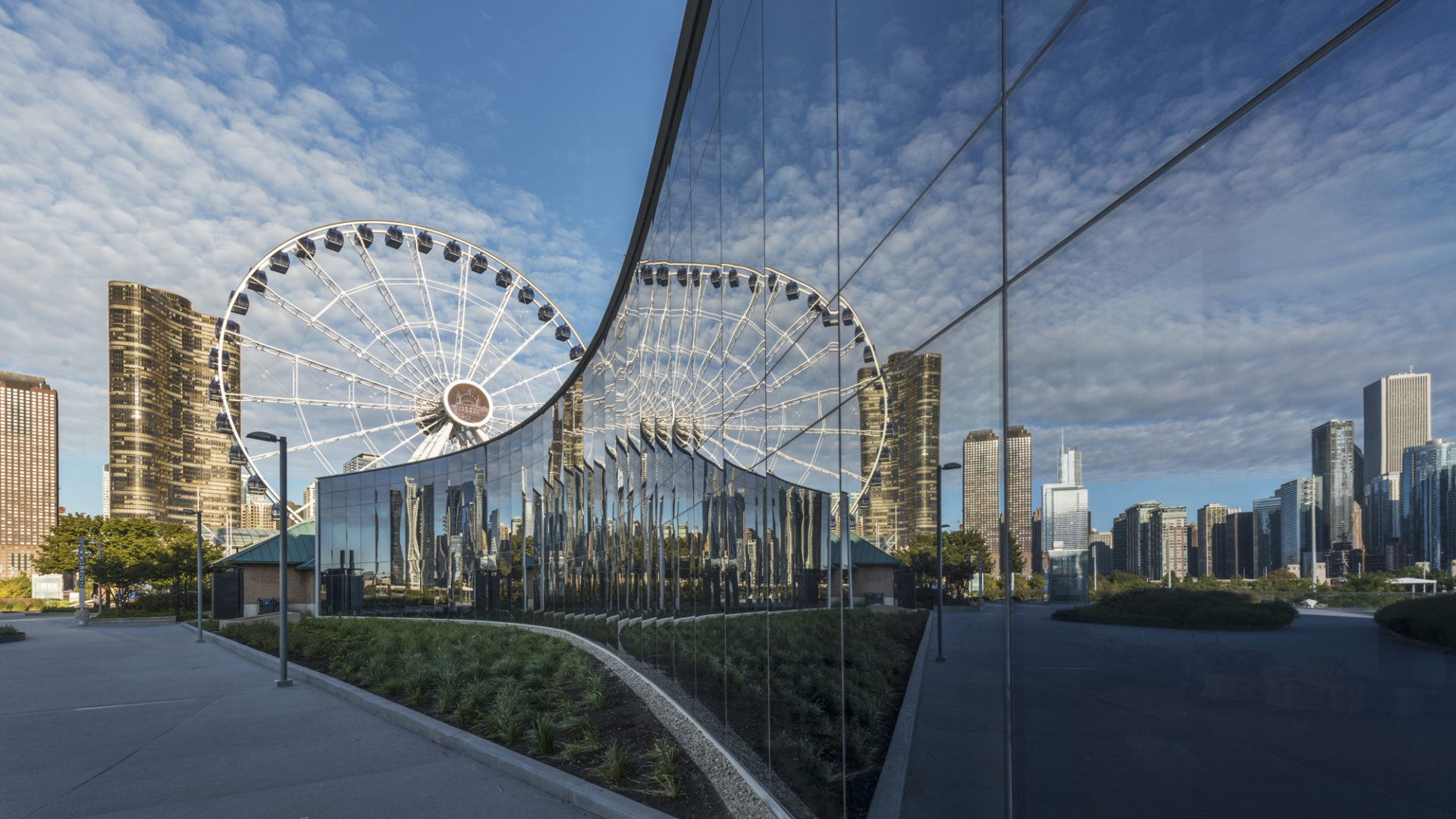 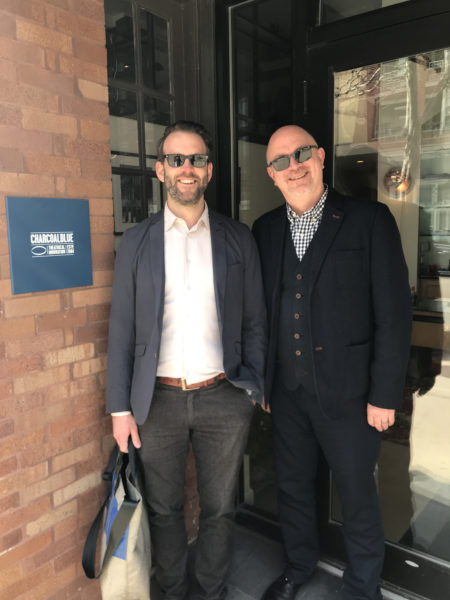 Our Chicago Studio Principal Clemeth and our US Partner John outside our Chicago studio in the city's West Loop district.

Since those early days, our work has taken us to all corners of the world. In 2011 Susan Feldman, Artistic Director of St Ann’s Warehouse, wrote to us admiring our work, leading to our first collaboration with a US theatre and our first major acoustical project, led by our own Byron Harrison. Our New York studio followed in 2012, spearheaded by Jon Stevens, delivering award-winning projects for Center Stage Baltimore, the Pratt Institute and Chicago Shakespeare Theater. We later launched our Chicago studio, led by Clemeth Abercrombie, following the acclaimed debut of The Yard at Chicago Shakespeare Theater.

In 2015 we opened our Melbourne studio, led by Eric Lawrence, where we are working with the exceptional Sydney Theatre Company, as well as exciting projects in New Zealand and Singapore. We also opened a Bristol studio, led by Steve Roberts, bringing us closer to our clients Hall for Cornwall and Colston Hall. We went on to launch our Glasgow studio in January 2017, led by Steve Green, housed in the Scottish Youth Theatre building, at the heart of Glasgow’s vibrant arts district.

“We cannot imagine a stronger or more committed team, nor a team who would have been more enjoyable to work with.” 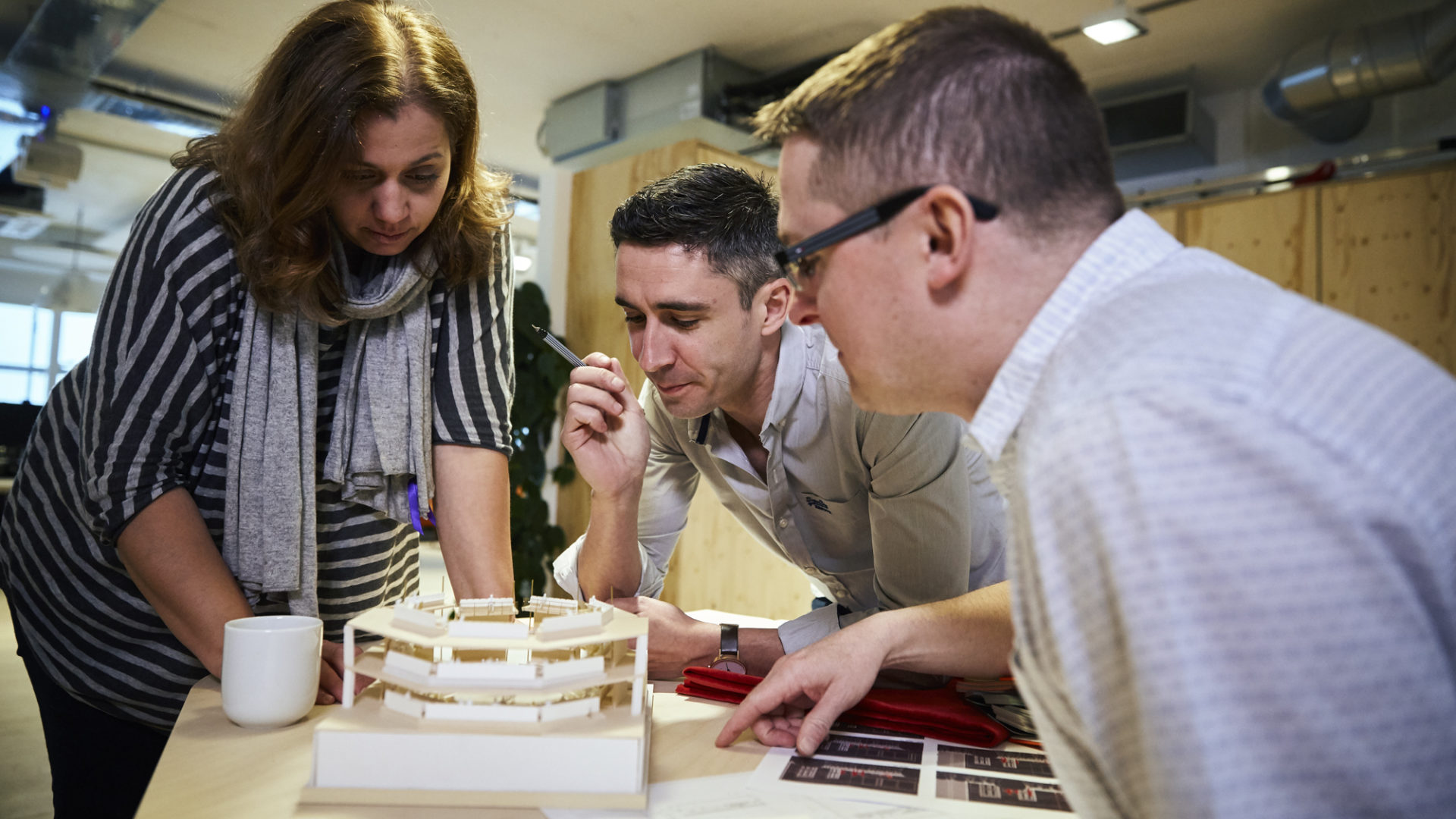 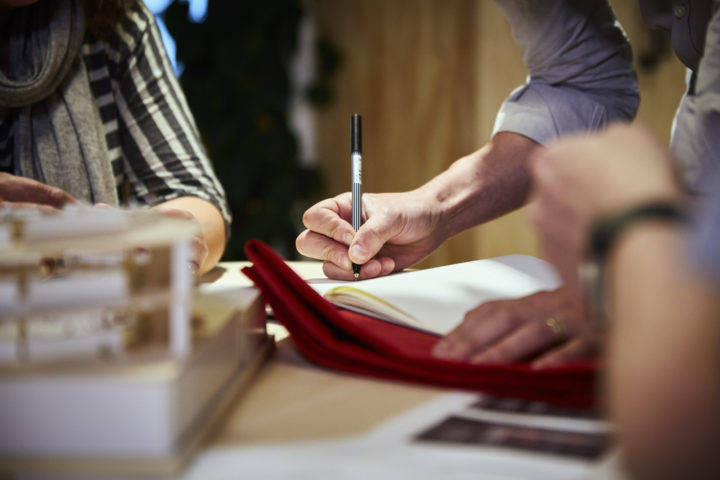 The team discuss a model and samples for a forthcoming project. 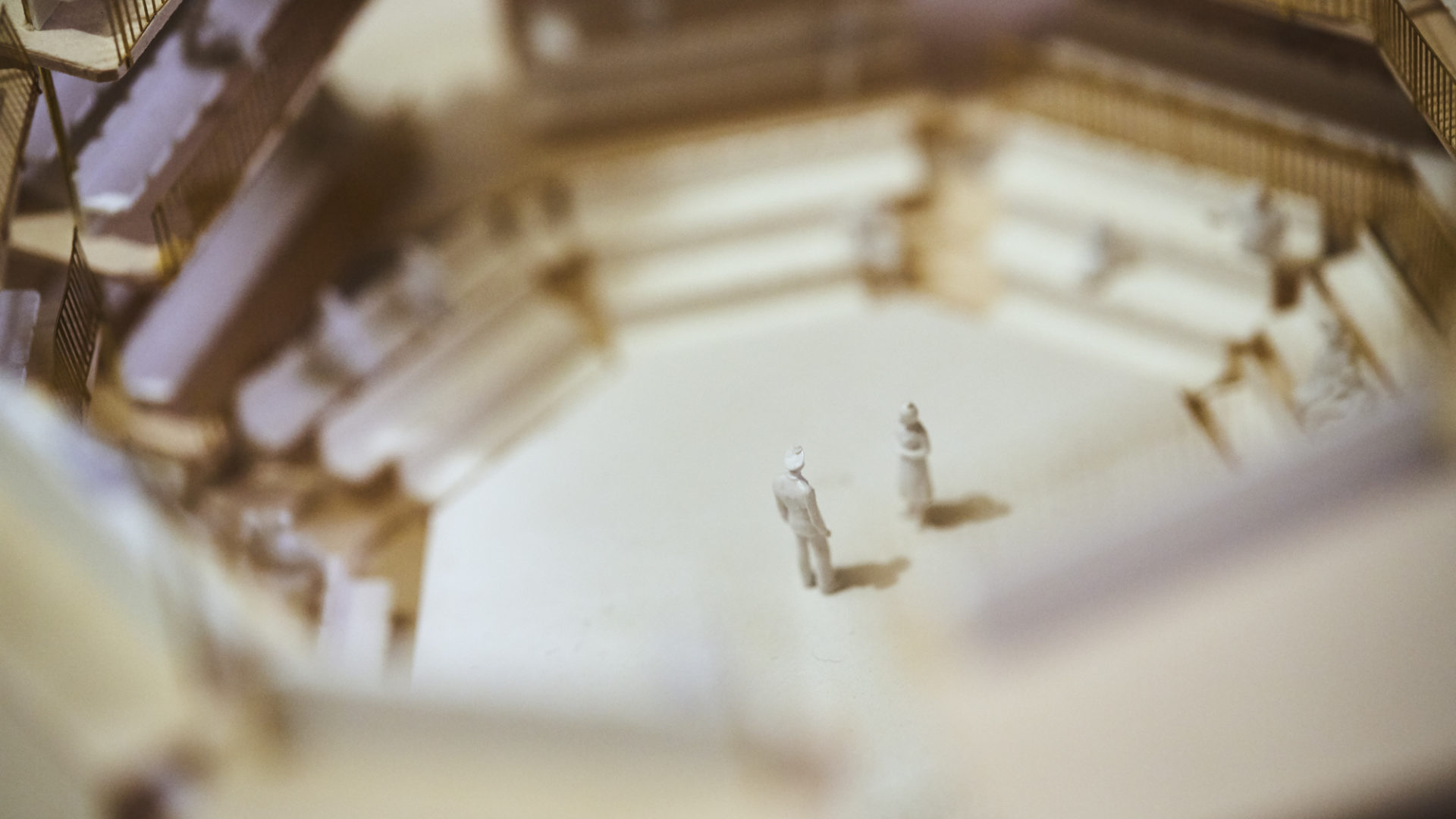 One of our project models created in-house.

Our story goes on and we continue to do things differently. Today, that means exploring new territory in virtual and digital scapes as well as extending our work beyond the cultural space into contemporary working environments. In 2016 we launched our digital team to work with technologies to expand audience experience and added a R&D division to look at the future of space, materials, performance and presentation. The services we offer are evolving too - our new turnkey service means we can now provide a highly personalised and comprehensive design service, from the very earliest ideas right through to opening night.

We have come a long way and had dramatic growth and success. We still believe no project is too small, and every client remains important to us.

Where does the name ‘Charcoalblue’ come from?

Andy has been a life-long jazz fan and aspiring (but limited!) pianist and organist. In seeking inspiration for our name, the founders had unsuccessfully turned to theatre lighting gel colours. But one night, while writing an early proposal for the Siobhan Davis Dance Centre, Andy was listening to some Wayne Shorter, and the composition ‘Charcoal Blues’ provided the perfect title. It blended the sketchy creativity of charcoal, with the authority of a blueprint. And it swang! Charcoalblue was born.