Simon consults on all aspects of theatre design with a specialism in stage engineering.

Simon’s theatre career started at the Old Vic Theatre in London in 1992, working on all types of production from musicals to The Peter Hall Company’s residency. After many years of show and technical experience around the West End, predominately as a Flyman and Head Flyman, Simon became Master Carpenter of the Aldwych Theatre in 2003, functioning as Head of Stage on various productions, while working to upgrade their Edwardian building.

Relocating to the West Country, Simon worked as a freelancer in the conference and television industries, returning to London in 2009 as Technical Stage Manager at the Guildhall, where his duties included the maintenance, upgrade and commissioning of their stage machinery. Following a secondment at Stage Technologies, Simon took up a teaching post at the Guildhall School, teaching hemp, counterweight and automated flying, plus rigging and stagecraft, on their BA Hons in Technical Theatre Arts degree course, utilising their new automated facilities, including a fifty axis Proscenium Arch theatre, which opened in 2012.

Simon’s consultancy work at Charcoalblue includes Storyhouse in Chester, Theatr Clywd in Mold and the Grand Opera House in Belfast. 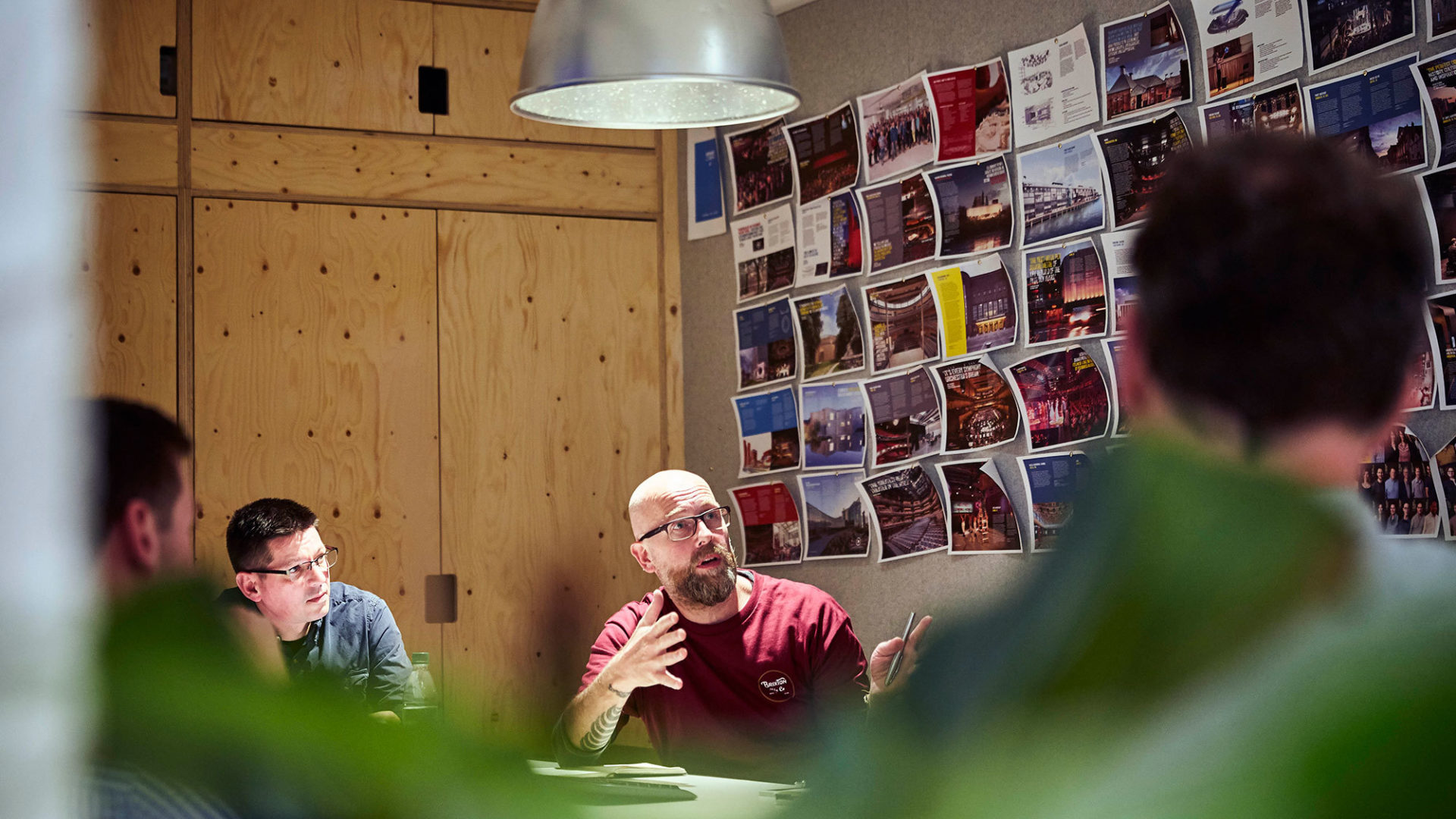 Simon speaks during a design forum at our monthly Company Day. 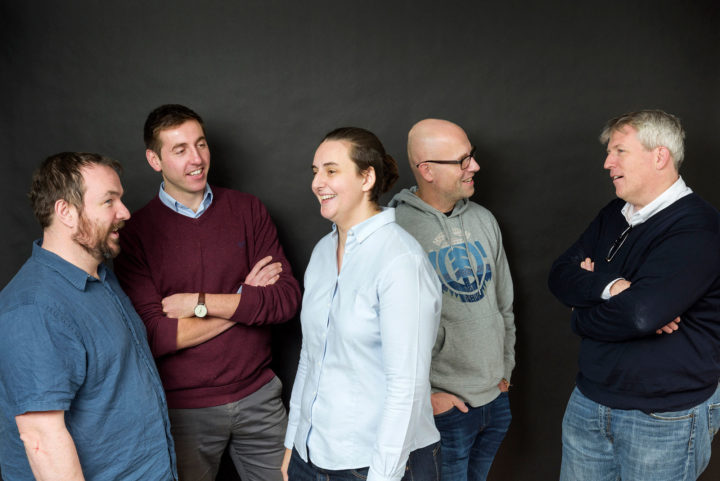 Simon and some of the Technical Systems design team gather for a photo.