Holly consults on all aspects of theatre design.

After graduating from the University of Arizona in 2008, Holly started her professional career working for two years in the Stage Management department at the Milwaukee Repertory Theater followed by a summer as a Stage Management intern with Glimmerglass Opera.

Holly brings both her lighting and management skills to the team at Charcoalblue. Her consultancy work includes The Ronald O. Perelman Center for the Performing Arts at the World Trade Center, La Mama Experimental Theatre Club, and Powerhouse Workshop in New York as well as Massey Hall in Toronto. 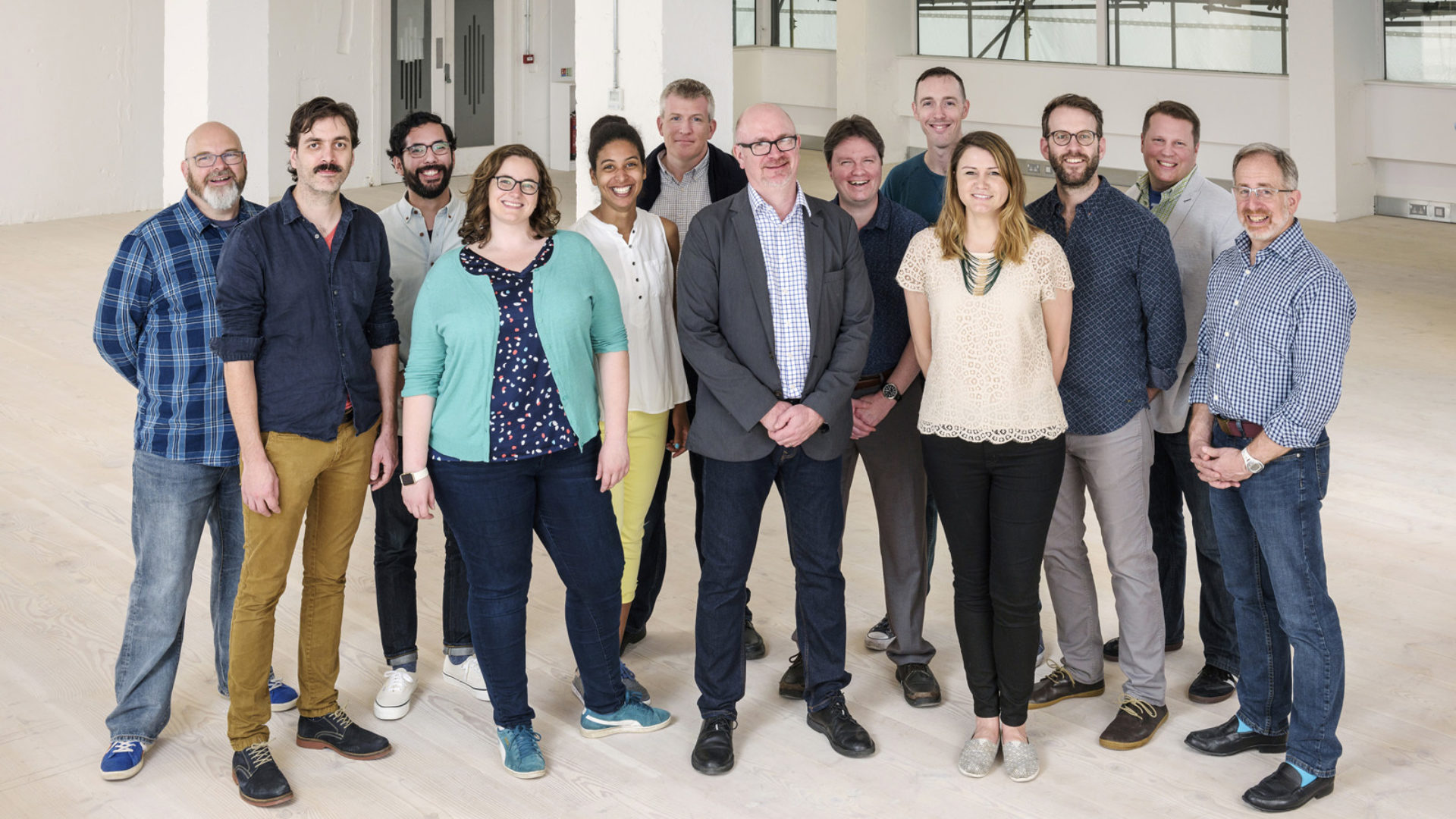 Holly and some of the New York team gather for a photo, Summer 2017. 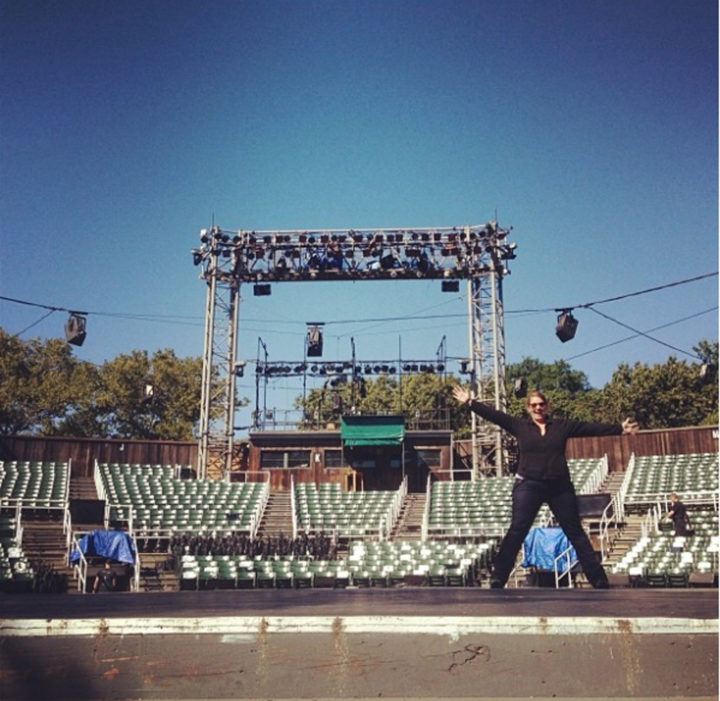 Holly overseeing a lighting strike at the end of the summer. 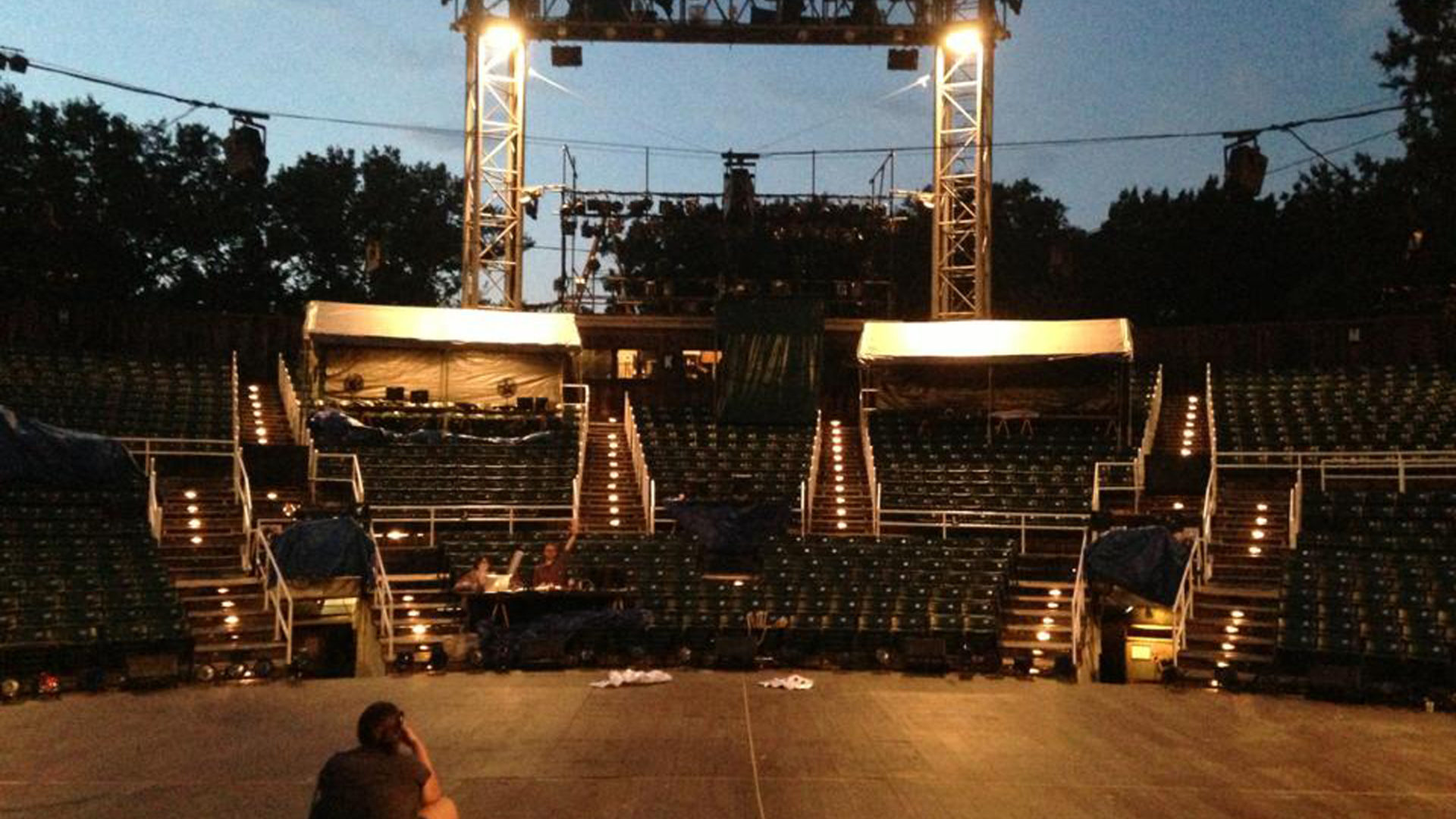 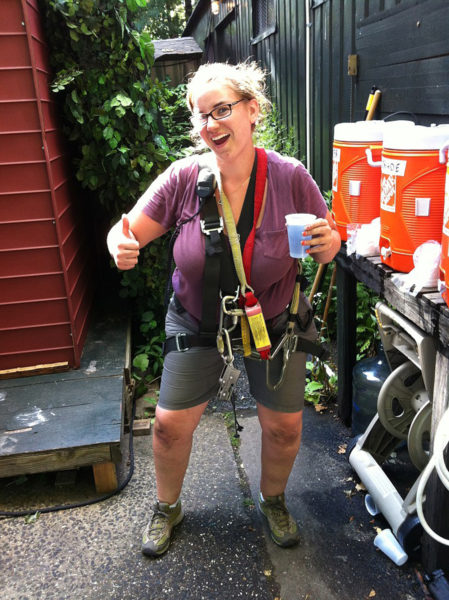 Holly rehydrating after climbing lighting towers for a bit of troubleshooting.

What’s the greatest lesson you’ve learnt as a Theatre Consultant?

Just like putting on a show, assembling a top-notch team who can efficiently collaborate on a construction project is essential.

My love of theatre started with a high school crush during my freshman year! He was helping build sets, so I figured I would join as well. One thing led to another and needless to say, my relationship with theatre has lasted longer.

One of my favourite career memories would be watching tech rehearsal for Hamilton at The Public Theater. They kept working on the transition from “Helpless” to “Satisfied”. It featured some elaborate electrical props that I worked on, but they were overshadowed by the magic happening on stage. It was a revelation.

It should provide a canvas to aid in showcasing a variety of work, allowing the audience to become absorbed by what they’re seeing.

Get in touch with Holly.

Get in touch with Holly.